How does the CTU work? 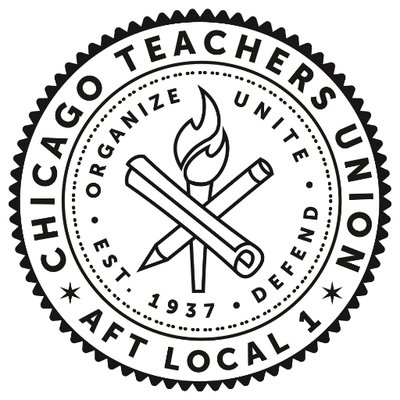 The Chicago Teachers Union has been representing teachers, staff, and other employees in the US’s 3rd largest school district for nearly 85 years.

On Tuesday evening, January 4, the Chicago Teachers Union’s House of Delegates voted to move to online learning. However, the measure was not official until hours later, with families awaiting news of Union’s rank-and-file voting until nearly 11 p.m. During the days of missed instruction, principals and other administrators were in contact with families; teachers, counselors, and other staff were locked out of their accounts.

While the House of Delegates voted Monday night to suspend the remote-work action, the new safety agreement was not official until all members voted Wednesday evening, after faculty and students had returned to school. During the last week, many wondered, who exactly comprises the CTU and how does it work?

What is the CTU?

The Chicago Teachers’ Union, founded in 1937, represents the US’s third-largest school district. It has over 25,000 members and serves more than 330,000 students at nearly 600 schools across the City of Chicago. “We organize, we protect and we defend public education in Chicago. We have an organization that represents us democratically,” states the CTU’s web page for new members. “Our unity and collective strength help us advocate and win for important professional issues like class size, teaching and learning conditions.”

Who is a part of the CTU?

Teachers: Around 80% (20,000) of CTU members are active teachers. Along with general education, this includes substitute, special education, instructional support, ESL, and other teachers.

Clinicians: These include counselors, nurses, social workers, physical/speech therapists, and other mental and physical healthcare professionals.

Charter school teachers: In 2018, the CTU merged with the Chicago Alliance for Charter Teachers and Staff, so that many charter school employees are now also represented by the Union.

What is the House of Delegates?

Every CPS school has at least one delegate, or a leader that’s elected by the school’s union members. Bigger schools with more Union members, like Payton, have one lead delegate and one or more associate delegates. Payton’s delegates are Ms. Bertoni (lead) and Ms. Rivera (associate). CTU members who work at multiple schools, like school clerks, are represented by elected delegates from a functional group of educators with similar positions.

Delegates serve three-year terms and act as a conduit between the school they represent and the Union at large. The House of Delegates, composed of all schools’ delegates, meets once a month to discuss and make decisions within the Union.

How does voting work?

Typically, the House of Delegates votes on measures before every member in the Union does. They vote to set dates for strikes or other work actions, and to recommend the adoption of new contracts. However, both measures must be approved by Union-wide voting before they are made official. In the case of walkouts, at least 75% of union members must approve any strike for it to be legally authorized under Illinois state law. In terms of resolutions, the House of Delegates can reach a Tentative Agreement with Chicago Public Schools, but the Union as a whole must vote whether to accept or reject it. Once ratified, that agreement becomes the CTU’s new contract.

Committees and Executive Board

Schools also have a number of committees that manage school practices. Among them are the Professional Problems Committee (PPC), which meets with the principal monthly regarding contract enforcement and school functioning, the Local School Council (LSC), which brings together community members and administrators, and Professional Personnel Leadership Committees (PPLCs), an elected group of teachers that support curriculum, school improvement, and budget practices.

The CTU also has an Executive Board, or “E. Board,” that’s responsible for setting the agenda for House of Delegates’ meetings and deciding whether proposed committee resolutions should be considered by the HOD. The E. Board includes four major officers who are elected by the entire Union: President Jesse Sharkey, Vice President Stacy Davis Gates, Recording Secretary Christel Williams-Hayes, and Financial Secretary Maria Moreno. It also includes other elected officers, committee chairs, appointed members and union staff. These people, particularly President Jesse Sharkey, are often the public face of the CTU and deal directly with CPS leadership.

Who is the CPS leadership?

Chicago Public Schools leadership is the district’s administrative body, and is separate from the Teachers Union. Its Chief Executive Officer is an appointed official; Mayor Lori Lightfoot and the Board of Education named Pedro Martinez to the role in 2021. Among other things, CPS is in charge of district wide policy (like the Student Code of Conduct), managing enrollment in elementary and high schools, funding allocation, and the creation of various reports.